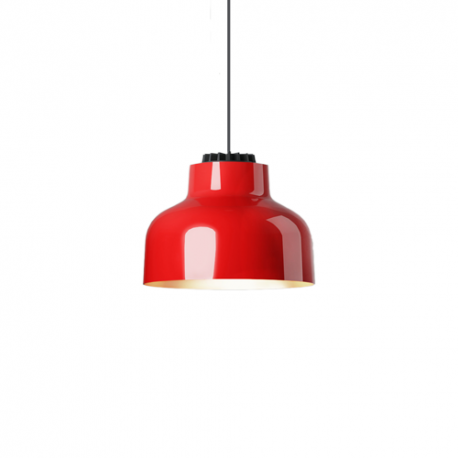 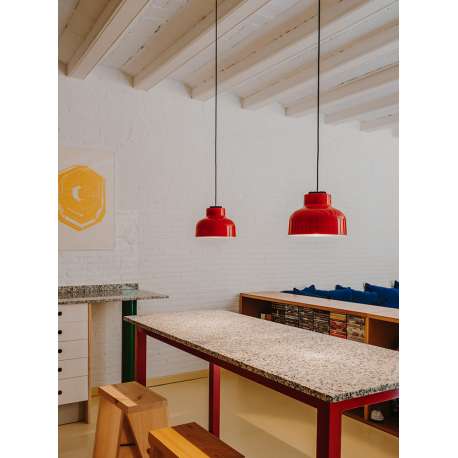 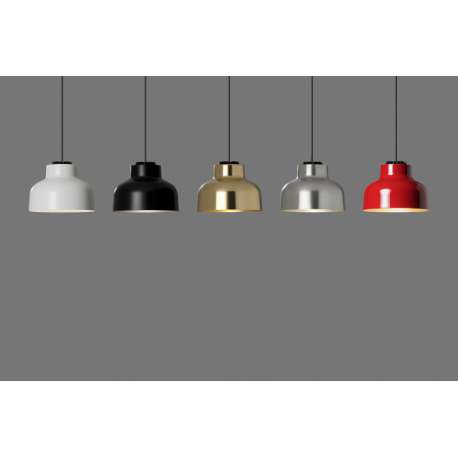 As a remarkable exponent of a period when Spanish design began to establish itself as a professional discipline, in 1964 this lamp was awarded the Golden Delta, the highest distinction that can be achieved by an industrial product in Spain. The jury of the prize that year was presided by prominent Swiss artist and designer Max Bill, a major proponent of the Ulm school, and it is said that he championed it eloquently, vote after vote, until the final award. Accordingly, ennobled by his support a young  Miguel Milá  fondly referred to it as the Max Bill lamp, which ultimately came to be known as the M64. On the occasion of the fiftieth anniversary of those events, Santa & Cole re-released it, adapting it for the  HeadLed System  so today it features the best light quality and efficiency. In five finishes (brilliant red, matte black or white and polished brass or aluminium) the M64 continues to embody the superb formal timelessness of the master Miguel Milá.